While women have also contributed to shape the world as we know it, they have often been forgotten in the history books. In this article, Brandon Valorisation wishes to highlight 8 talented women who have changed our daily lives. You will no longer be able to use these inventions without a thought to them.

If you have already had a meal delivered for your lunch break, you are certainly familiar with this invention of Margaret E. Knight: the flat-bottomed paper bag. Far from being her only creation, because she filed dozens of patents, this invention is nonetheless the best known. Considered one of the most productive female inventors, she was admitted to the National Inventors Hall of Fame in 2006. 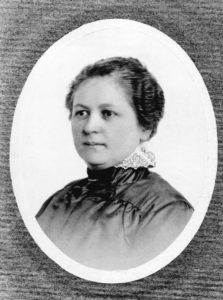 Amalie Auguste Mellita Bentz was born in 1873 in Germany. She tried existing solutions to prepare coffee but wasn’t satisfied with them: depending on the device, either the coffee was bitter, or residues remained in the liquid. She thus invented a method using blotting paper coupled to a perforated copper pot. Satisfied with the outcome and pushed by the enthusiasm of her friends and family, she filed a patent and created her own company that prospered rapidly and still exists today: Melitta! 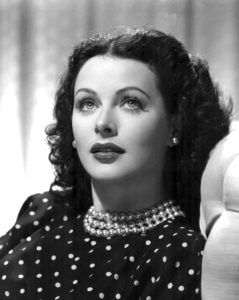 Hedy Lamarr, born in 1914 was not just another beautiful and talented actress, she also was a scientific who initiated developments which will later lead to Wi-Fi. This Austrian by birth, who served as a model for Disney’s Snow White, has always found time to invent. With the pianist George Antheil, they imagined during WWII a process to prevent Allied torpedoes from being hijacked by the enemy. This process used punch cards for pianos to transfer information. Their system for encoding transmission is the basis of current technologies of mobile telephony, Wi-Fi, Bluetooth and GPS.

Augusta Ada King, Countess of Lovelace, was born in 1815 in Great Britain. A mathematician, she met Charles Babbage, a British inventor and mathematician. She helped him working on his analytical engine and created what is now considered the first computer program in the world. 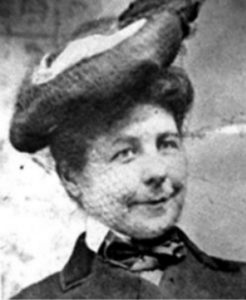 It was Mary Anderson who, when traveling in 1902, noticed that car drivers were obliged to get off the vehicle to remove the snow on their windscreen, thereby losing time besides the discomfort. She then had the idea of a manually controlled device to clean up the glass from the inside thanks to a lever. She obtained a patent for this invention, but it met little success. It was not until the patent expired that her wiper became a must-have. Problem with her strategy or influence?

This famous computer scientist born in 1906 in New York was also Rear Admiral of the US Navy. Working for IBM, she invented COBOL (an acronym for COmmon Business Oriented Language), a computer programming language still in use today.

She participated in the design of UNIVAC (Universal Automatic Computer), the first computer marketed in 1951. She has received numerous honors and distinctions for her career, of which almost fifty honorary doctorates, and was awarded the Presidential Medal of Freedom posthumously in 2016.

This woman born in 1839 in the United States is the inventor of the dishwasher. Originating from a wealthy family, she used to organize receptions in her house, but regretted the deterioration of her porcelain service. Having forbidden her servants from doing the dishes, she began to do it by herself but stated that it was a tiring task. She then decided to create an engine capable of doing it for her. She filed a patent and won a prize at the Universal Exhibition in 1893.

This board games designer, born in 1866 in the United States, invented the very first version of the Monopoly in 1904, with the aim of lighting economic inequalities up. She filed a patent for an improved version in 1924 which remained also very confidential. 10 years later, during the Great Depression, Charles Darrow copied the concept, created the graphics that we know and filed a new patent application. He then sold it to Parker Brothers which successfully initiated an international marketing campaign. For her part, Elizabeth Magie only received $500 for her patent and disappeared from the official story for 80 years for the benefit of Darrow. It is only very recently that her pioneer role was discovered.