Artificial Intelligence (AI) has been growing for some years and is now appearing in products that we find on the market. AI encompasses self-learning algorithms (particularly neural networks) and other methods that are supposed to reproduce the human brain function.

The subject has now entered the arena of public debate.

This summer, France has developed an Artificial Intelligence strategy and plans to spend €1.5 billion on public support, while encouraging large companies and startups to collaborate on these topics.

The European Union also promotes the development of AI through the framework program for research and innovation Horizon 2020, since the applications are particularly promising, especially in the areas of industry, banking, public services and health. 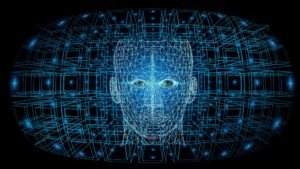 In the United States, AI is already included in business practices, especially in those of the GAFA. This has driven to some slippages. Indeed, if AI is “smart”, it is not dragged down by ethical human considerations. That is how Amazon was accused of encouraging the recruitment of male software developers using an HR algorithm. For a few days now, Apple is also targeted by authorities for granting credit lines ten times higher for men than for women, with its Apple Card service.

Even more seriously: a person has died because the Uber autonomous car algorithm did not learn that a pedestrian can cross the street away from the pedestrian crossings.

By contrast, Google algorithms for detecting skin and breast cancer by image analysis are already performing better than the best experts.

However, its Nightingale project aiming to collect medical data from tens of millions of patients from hospitals to analyze them without prior consent raises many questions. Chinese programs do not face similar issues, even if they are similarly advanced, particularly in the military sector.

In conclusion, Artificial Intelligence, like many technological developments in the past, is generating great hopes but also legitimate fears. In order to regulate and control, will you have to put your trust in the AI projects in police and justice?

PS: On a different note, AI is also an issue in terms of intellectual property, which is based on the concept of inventive step (or intellectual works) of human beings. To that, the question of ownership is also asked. We will discuss this subject in much more detail in a future newsletter.