According to a SESAR study, 7 million leisure drones, 415,000 commercial drones and 3,000 military drones are expected in our cities in 2050.

Some, like the FBI and aviation regulatory authorities, are concerned by this sharp increase and begin to consider the threats of such machines in terms of security or data hacking.

Indeed, drones can be used for espionage or surveillance by malicious individuals. Another risk can be the crash of one of these on a civilian or an accident in the air.

But, if certain questions may arise, some benefits can still be found to their use.

To celebrate the first departures on holiday, Brandon Valorisation talks positively about this subject and highlights some useful, special or eccentric drones.

In China, the government has recently designed spy-drones in charge of the surveillance of external borders with sensitive countries as Afghanistan or India. Somewhat surprising, they look like… pigeons!

These drones are equipped with cameras, GPS sensors and with satellite communication systems. They can be mistaken with real pigeons because of their wings beating and their silent flight.

Did you know that there were life-saving drones?

This is the case of Helper, a French drone specialized in the assistance in sea rescues. This drone monitors the beach over an area of around 2 kilometers and supports coast rescuers. If he spots a person in difficulty, he can bring first aid by sending him/her an inflatable buoy. Its integrated GPS may then be used to guide the rescuers.

May 30, Switzerland has announced the launch of a study on the subject of Taxi drones in relation to a specific project initiated by the European Commission on urban mobility.

This study must enable to assess the benefits of such a project for the population and its feasibility.

The purpose is to relieve the pressure on the roads around Geneva, increasingly busy.

The results of the study are expected by 2019 and the first demonstrator by 2020 in case of positive result.

If you are playing a round of golf and you wish to protect yourself from the sun, you will certainly appreciate this umbrella drone, made by the Japanese company Asahi Power Service Company.

Without any stick to hold it, it is able to detect the top of your head and to lock on it to stay above you.

At this time, it can only fly for 20 minutes per charge and it is not waterproof yet, but improvements are expected.

More and more travelers are using a drone during their trip to immortalize their memories.

Aerial views, flights over inaccessible locations, etc. All of this is made possible thanks to drones, more and more affordable.

However, if you wish to purchase a drone for this summer, don’t forget to find out more about the current regulations! 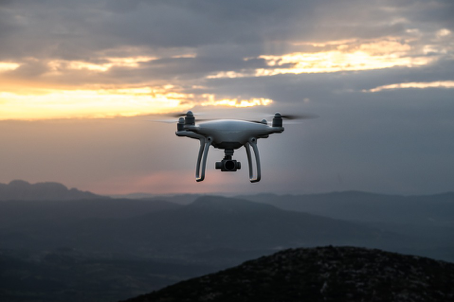 What about you? Do you know other drones with different uses?