At Brandon, we believe in the potential of intellectual property to contribute to the development of enterprises and to the fair remuneration for the efforts and investments made by inventors and creators. Having intellectual property rights (patent, trademark, etc.) allows commercial exploitation of its creation to be controlled… at least as long as these rights are respected.

This is where the field of counterfeiting starts. Counterfeit is defined as the reproduction, imitation or use of an intellectual property right without its owner’s consent. 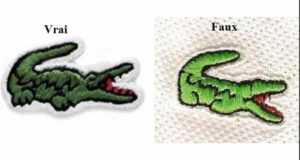 According to the most recent estimates, it represents 3.3% of the global trade, or 500 billion dollars (in 2016, according to the OECD), but this figure only refers to the goods crossing a border. The amount of the counterfeiting market is continuously rising, and this criminal activity is one of the most prevalent and of the most lucrative.

Europe is particularly impacted since 7% of its importations are apparently counterfeit, which represents the loss of 500,000 jobs. In one case out of six, the victim is a French company. The most affected sector is the clothing and footwear one, which loses 10% of its revenue.

And no need to go, for some years now, to the markets in Vintimiglia or Istanbul to find counterfeit polo-shirts with the famous crocodile or handbags with two C, counterfeiting benefits handsomely from the development of online trade. Now 70% of the global seizures are made on mails or parcels.

If it is difficult to know how aware consumers are about the fraud, but the origin of the products should be a warning: approximately 90% of the counterfeit products come from China or Hong Kong. It is the official reason provided by the American administration to begin the trade war with China.

The patent infringement is perhaps less known by the public than the trademark counterfeiting, and yet 10% of the global pharmaceutical market are fake (it is the second most impacted market), and therefore with no assurance of quality or effectiveness. This number jumps to 50% in some developing countries or in on-line pharmacies which have no physical address. Even more worrying, this is responsible for 700,000 deaths each year in the world, according to the WHO. 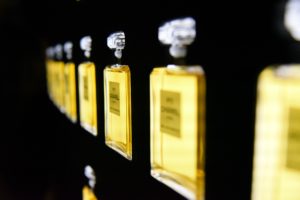 And all the companies can be involved in this, including the largest ones: Samsung was sentenced to a fine of 539 million dollars in May 2018 in a case opposing it to Apple, based on the improper use of one of its patents. Nespresso was also convicted of infringing a competitor’s patent.

So, how can the companies act to protect themselves from counterfeiting? Among the best solutions, to protect its creations with the intellectual property system seems imperative, as well as to set up a system to monitor compliance with these rights.

Postcript: you may have just read this article on your Smartphone. Know that one Smartphone in five that is sold worldwide is not authentic. It is therefore… a counterfeit!

If you have any questions regarding the protection of your creations, trademarks, patents, please contact our partner Brandon IP, Patent and Trademark Attorneys.